The “Aren’t You Sweet Sweet Potato Pie” Recipe from Waitress 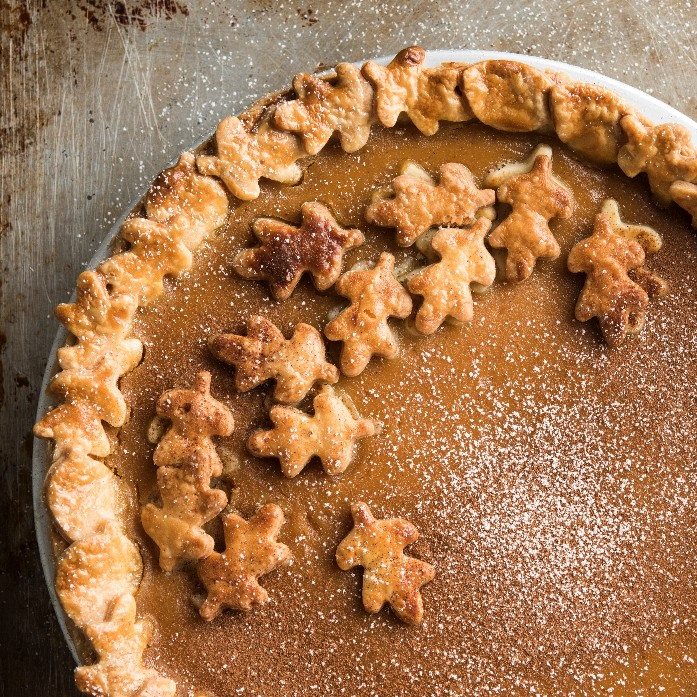 Preheat the oven to 350*. Roll out one portion of the pie dough and line a 9.5″ pan. Apply an egg wash of 1 egg and 2 tbs of water. Bake until edges are brown. Reduce the oven temperature to 325*. Whisk together the brown sugar, cinnamon, allspice, and salt in a small bowl. Whisk 3 eggs in a large bowl until the whites and yolks are well combined. Whisk in the maple syrup, sweet potato puree, and half-and-half. Whisk in the brown sugar mixture until well combined. Pour into the pie shell. Bake 1 hour until the filling is nearly set in the middle. Let cool. Combine cream, maple syrup, and vanilla in a chilled medium bowl. Beat with a mixer on high until it holds firm peaks. Serve alongside pie.