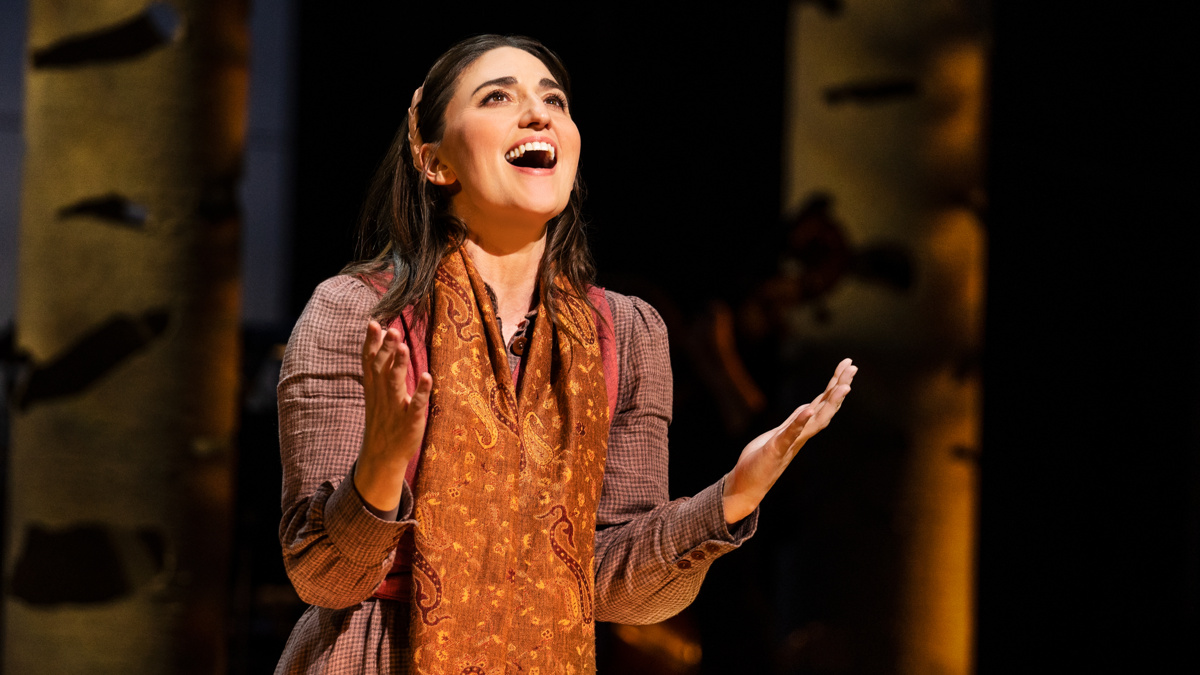 Sara Bareilles loves to bake, at least on Broadway. Following her Broadway debut as Jenna, a server and baker of pies in Waitress (for which she wrote the score), the Grammy winner s back on stage as The Baker’s Wife in the acclaimed revival of Stephen Sondheim and James Lapine’s Into the Woods. In a recent episode of The Broadway Show with Tamsen Fadal, Bareilles sat down with host Fadal at The Civilian Hotel to talk about the audience’s electric energy, her mental health journey and making her next record.

Bareilles first stepped into the role of The Baker’s Wife for the New York City Center Encores! presentation and is reprising her role for the Broadway transfer, which also features Brian d’Arcy James, Patina Miller, Gavin Creel, Joshua Henry, Phillipa Soo, Annie Golden, Nancy Opel and many more. “It’s like a frickin’ rock concert every night,” she said. “I think the cast and audience are both responding to this material in such a deep way. It really feels like a spiritual experience every night.”

Into the Woods marks the first Sondheim musical to arrive on Broadway after the legendary composer’s death in November 2021. “I hope we are making him proud,” Bareilles said. “James Lapine, the book writer for Into the Woods and his longtime creative partner, shared with us that he felt like Steve would be sobbing in the seats, just loving this. There’s not a lot of trappings going on other than the story and the music. The orchestra is front and center and we weave in and out. It feels very old-fashioned, in a way, to have the storytellers come on and disappear. We’re just bringing you on the ride. The audience is invited to be very imaginative—you got to fill in a lot of blanks.”

Bareilles’ schedule has been crowded with the recent release of the second season of Girls5eva in addition to taking center stage at the St. James Theatre nightly, and she’s still ready for more. “I feel really called to write my next record,” she said. “That’s the thing that feels like it’s talking to me the loudest right now. It’s time to go inward and reflect on the last couple years and make something musical out of that.”

While listening to her calling to write a new record, Bareilles also dove deep into her own mental well-being and is ready to end the stigma of receiving help. “I’m really struggling right now with cynicism,” she said. “It’s hard to look at the world, as someone who loves to love the world, and not get a little infected with hopelessness. I work on that all the time. My mental health really took a deep nosedive during this time. I got on medication for the first time, which was incredibly helpful. So thank you, Lexapro, for helping me kind of return to myself. I talk about it openly a lot, because I didn’t realize how much stigma there still is about it.”