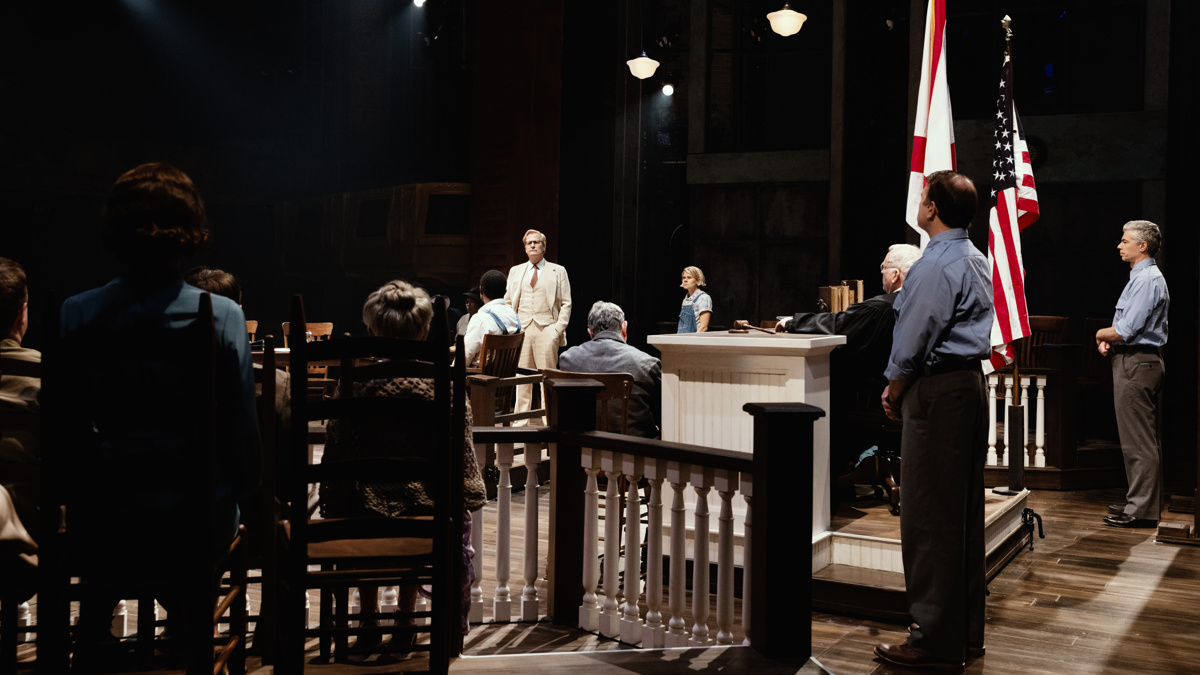 Aaron Sorkin’s To Kill a Mockingbird will end its run at the Shubert Theatre on January 16 before reopening at the Belasco Theatre on June 1. Current star Greg Kinnear will return to the production as Atticus Finch when it reopens in the summer. The production, directed by Bartlett Sher, began previews on November 1, 2018 and officially opened on December 13. It resumed performances on October 5 following the Broadway shutdown.

“It has been an extraordinary experience to watch every member of this company bring Mockingbird back to life at the Shubert,”  said Executive Producer Orin Wolf. “While it is sad to go dark even for a short time, it is an honor to help this magnificent production continue its historic run in the Belasco Theatre and I look forward to its bright future as we kick off in June.”

Based on Harper Lee’s Pulitzer-winning novel about an event that occurred in Alabama in the 1930s, the story of racial injustice and the destruction of childhood innocence centers on one of the most admired characters in American literature, small-town lawyer Atticus Finch.