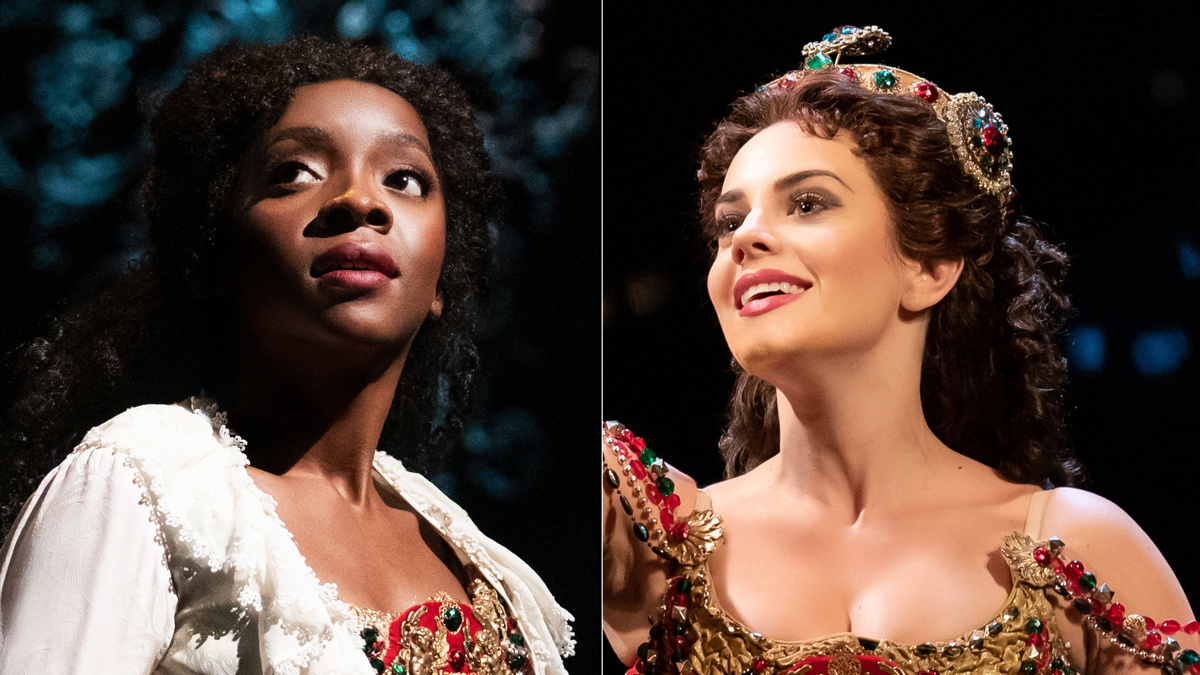 The Phantom of the Opera celebrated its return to Broadway on October 22. Meghan Picerno, who was performing as Christine Daaé at the time of the Broadway shutdown, is back as the long-running show’s leading lady. Just a few days after the  reopening performance, history was made as Emilie Kouatchou, her alternate, became the first Black woman to play Christine on Broadway. Both performers sat down with Broadway.com Editor-in-Chief Paul Wontorek at New York City’s Renaissance Hotel to talk about “Team Christine,” as they call it, and Phantom‘s recent milestones.

The Phantom of the Opera marks Picerno’s Broadway debut. She joined the company in October 2019. “I was doing Candide at New York City Opera, and Hal Prince was my director,” she said. “He was like, ‘Have you ever seen Phantom?’ I saw the movie! But I was like, ‘No, I haven’t.’ That was four years ago.”

For Kouatchou, who is also making her Broadway debut in Phantom, the show is one she’s always known well. “This has been a dream of mine for a long time,” Kouatchou said. “It’s actually the first show I ever saw on Broadway. It was a feeling of, ‘This is what I want to do for the rest of my life.’ This is a full circle moment for me. It’s special because I get to step into this role as the first Black woman to play it [on Broadway]. I’m honored that it’s me. I’m honored that I get to carry on this legacy of this iconic role. I’ve gotten already a few messages from girls who are younger than me, who are like, ‘I’m coming to see Phantom because of you.’ That’s really special for me.”

In July, Lucy St. Louis became the first Black performer to play the role of Christine in the West End. The first woman of color to play the role of Christine on Broadway was former Broadway.com vlogger Ali Ewoldt, who played the part during the show’s 30th anniversary celebration. Kouatchou said she was encouraged to make the role her own. “Our resident director actually talks about this a lot. He was very specific about me not putting on any airs that I don’t need to or any preconceived notions of who a woman was back in that time,” she said. “I am me. I am Emilie playing this role. I can be grounded in who I am. I can speak how I speak. I really love that.”