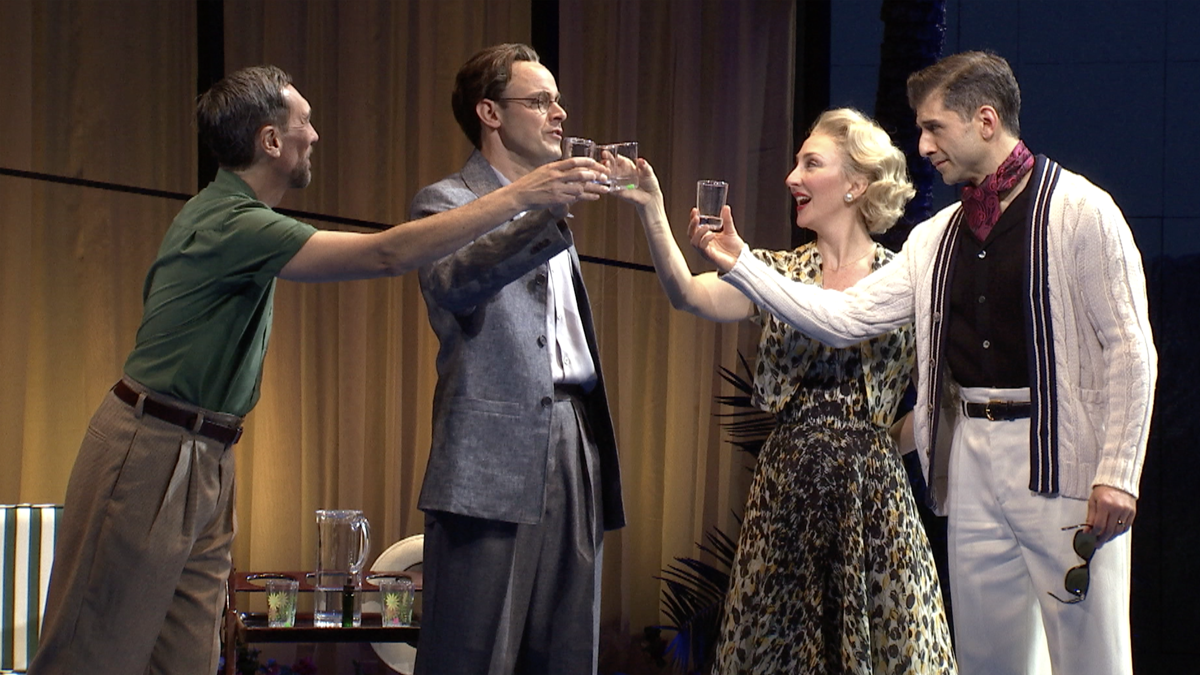 Flying Over Sunset, which stars Tony Yazbeck, Harry Hadden-Paton and Carmen Cusack, is getting ready to begin Broadway performances at Lincoln Center Theater’s Vivian Beaumont Theater on November 11, and now there is a first look of the new musical thanks to this fresh footage. With opening night set for December 13, Flying Over Sunset features a book and direction by James Lapine, music by Tom Kitt and lyrics by Michael Korie. The musical is a work of fiction inspired by the lives of three real-life people—playwright, diplomat and congresswoman Clare Boothe Luce (Cusack), film legend Cary Grant (Yazbeck) and writer Aldous Huxley (Hadden-Paton)—each of whom experimented with LSD. At a crossroads in their lives, the three come together, and under the influence of the drug, take a trip and confront the mysteries of their lives and their world.