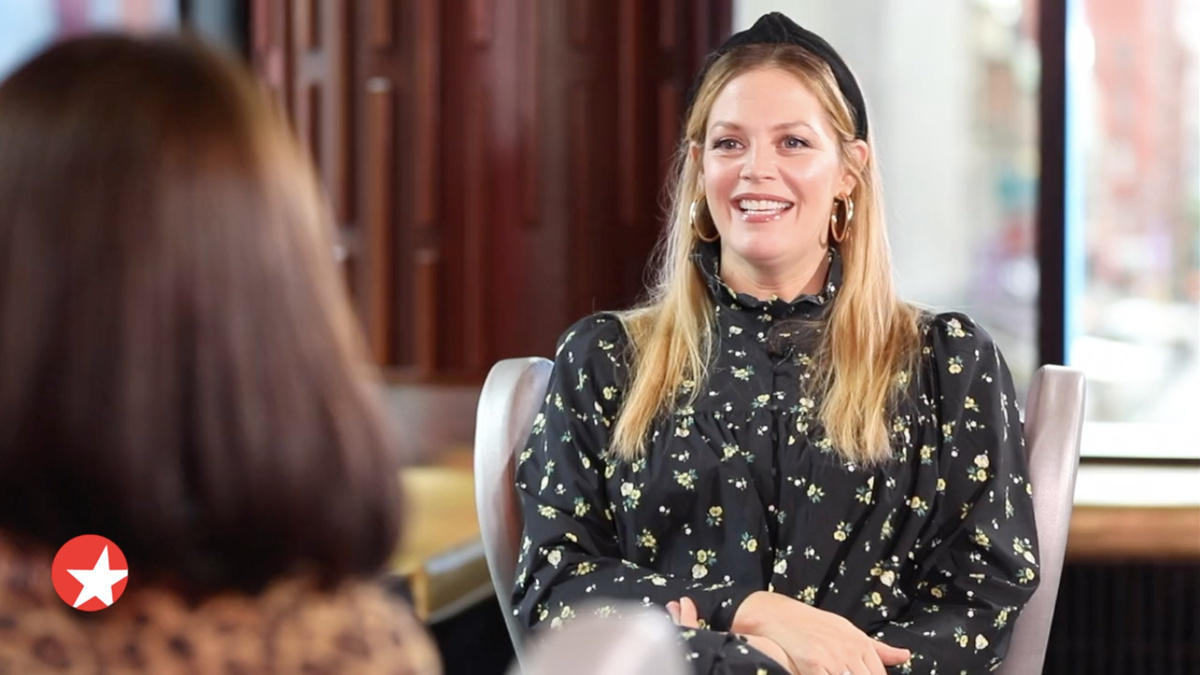 Elizabeth Stanley has had quite a year. In addition to earning her first Tony Award nomination for her performance as Mary Jane Healy in Jagged Little Pill, she and her partner Charlie Murphy welcomed their first child, daughter Solveig Emilia Stanley Murphy, just last month. Stanley sat down with Tamsen Fadal at the Renaissance Hotel in New York City to talk about her year and more on The Broadway Show. “We’re waiting, and now we have a built-in flower girl,” she said of wedding plans. “We want that celebration of people coming together. As everyone who’s trying to plan a major event has figured out—Broadway included!—it’s so hard.”

Stanley announced her pregnancy in April. She spoke about her decision to hold off on returning to Jagged Little Pill. “I am taking a little bit of time off, which was such a hard decision because we’ve been waiting so long to come back. These last few weeks, everyone’s in rehearsals and things are opening, and I’m like, ‘I can’t believe I’m not doing that!’ But then, I look at my daughter and I’m like, ‘I’m not ready to do that yet,'” she said. “The show’s been really wonderful. They’ve cast Heidi Blickenstaff to fill in for me. She’ll be opening the show. She and I will be sharing the role throughout the winter. Come January, I’ll basically be back.”

Stanley and Murphy will have their parents at the ready to take care of Solveig for the evening as they attend the 74th Annual Tony Awards on Sepetmber 26. “It feels like a warm blanket. Like, ‘Oh right! This old thing that I love and all these people,'” she said of Broadway and the return of the Tony Awards ceremony. “I just can’t wait to see people and to celebrate.”

Watch the interview below, and head here to check your local listings for The Broadway Show. Hosted by Emmy-winning anchor Fadal, it is the only nationally syndicated weekly theater news program.