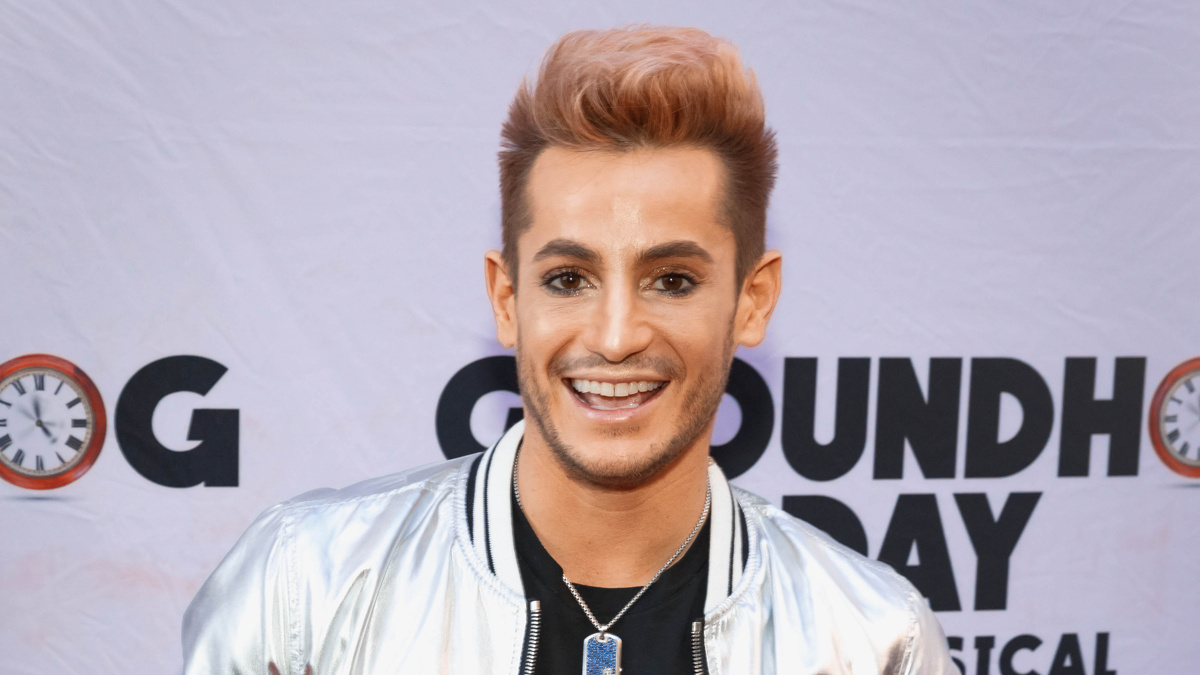 Frankie Grande & Hale Leon Are Engaged
Broadway alum and former Broadway.com vlogger Frankie Grande is going to tie the knot with Hale Leon. People reports that Grande popped the question on June 8 surrounded by close friends and family at the site of one of the couple’s memorable first dates: Dreamscape, an immersive VR adventure venue in Los Angeles. The couple met in 2019 at a line dancing bar in L.A. “I’m so happy my best friend said he wanted to spend the rest of his life with me,” Grande said on Twitter. His sister Ariana Grande recently married Dalton Gomez on May 15.

Fran Drescher Says The Nanny Musical Is “Almost Ready”
Here’s an update on the previously announced stage adaptation of The Nanny. The TV show’s creator and star Fran Drescher appeared on The View on June 9 and said, “It’s been very sad to see New York without the theater community, which is really such a pulse for the city. I’m very, very thrilled we’re coming out the other side and that theater is coming back and we’ll be almost ready to launch The Nanny musical on Broadway as well.” As previously reported, Drescher will not take on the title role. The show will feature a book penned by series creators Drescher and Peter Marc Jacobson, with music by Crazy Ex-Girlfriend‘s Rachel Bloom.

Lisa Kudrow Set for Tim Federle’s Better Nate Than Ever
Fresh off of HBO Max’s Friends Reunion, Lisa Kudrow has her next project lined up. Deadline reports that she is set for the musical comedy Better Nate Than Ever, which is being produced by Marc Platt for Disney+. Tim Federle (Disney’s High School Musical: The Musical: The Series) is adapting and directing the family feature, which is based on his novel about 13 year-old Pittsburgh native Nate Foster, who sneaks off with his best friend Libby to a major musical audition in the Big Apple after not being cast in their school play. A chance encounter with Nate’s long-lost aunt Heidi (Kudrow) turns his adventure upside-down. Filming is currently underway in New York City. Additional casting will be announced later.

Shubert Foundation Awards $32.1 Million in 2021 Grants
Following the unprecedented impact of COVID-19 on the performing arts, The Shubert Foundation has announced it is awarding a record $32.1 million in 2021 grants to 575 not-for-profit theaters, dance companies, professional theater training programs and related service agencies across the United States. The grants, which range from $10,000 to $325,000, benefit the broadest possible spectrum of theater and dance organizations—from large to small, from urban to rural—including groups that provide crucial early arts exposure to young audiences. “This has been a year like none other for our grantees,” said Diana Phillips, President of The Shubert Foundation, in a statement. “The Shubert Foundation is gratified to provide critical support to hundreds of organizations at this pivotal time.” Head here for more information.

P.S. Check out Tony winner Ben Platt in the trailer for Broken Diamonds, set for release this summer!